10 Free or Cheap Things to Do in Skagway

Here is our list of 10 free or cheap, and best things to do in Skagway.

We’ve already discussed Skagway’s numerous easy day hikes, but they also comprise some of the best things to do in Skagway without spending any money. These represent some of the simplest and most lovely opportunities for Alaska shore excursions cheap.

Yakutania Point and Smuggler’s Cove are both short, easy hikes that end at a picturesque point perfect for a picnic lunch or some “scenic drinking.”

2. Have a spruce tip ale at the Skagway Brewing Company 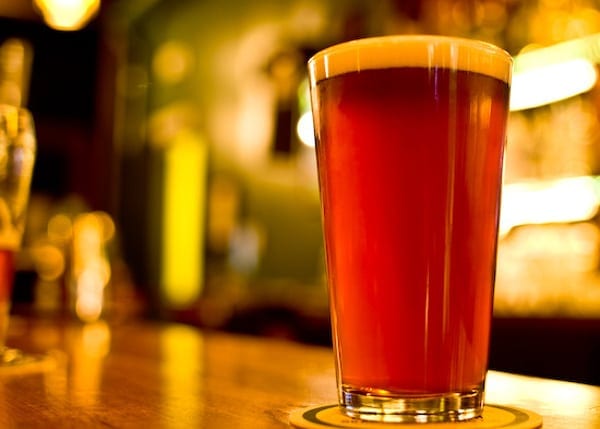 The popularity of the spruce tip ale means that the Brew Co. is often tapped out, but if you can get your hands on a pint, you won’t be disappointed. They use spruce tips instead of hops in this libation. This beer is unique to southeast Alaska, but each of the local breweries puts its own spin on the recipe.

The food is also very tasty, and their selection of burgers is awesome. I’m a fan of the Big Kahuna, with pineapple, ham, and BBQ sauce.

The Gold Rush of 1898 is what put Skagway on the map, and some of the event’s less fortunate participants can be found at the north end of town across the White Pass and Yukon Route Railroad tracks.

The cemetery is down a short path off of a parking lot, and a short walk further brings you to the base of Reid Falls. If you get there at the right time, you can spend a couple minutes waving to the passengers on the WP&YR trains headed up the pass. History lover? This could be the chance to do Alaska shore excursions cheap that you’ve been looking for. The most unique thing about the disc golf course at Seven Pastures is the holes. While most courses on the mainland use chain baskets, Skagway didn’t have any of those, so each of their 18 holes is denoted by an overturned keg on a post.

The tees are much easier to find now that there’s a set of new signs pointing the way, but there is definitely the possibility of losing a disc or 2 on the heavily wooded course. It’s one of the best things to do in Skagway if you’re looking for a casual day of outdoor recreation!

Cost: FREE! if you’ve already got a disc. (How about that for Alaska shore excursions cheap?) If not, you can pick 1 up for cheap at the Mountain Shop.

One of Skagway’s longest running attractions, the Days of ’98 Show promises “1 hour of non-shopping fun.” It’s kitschy and fun and exactly what you’d expect to find in a small town theatre.

If you’re lucky, perhaps you’ll be picked to dance the can-can (ladies) or head up into the mysterious back room (gents). $10 for 15 minutes is the saying at Skagway’s last remaining brothel. This tour takes you through the house of ill-repute, as one of its madams leads the way, entertaining you with stories of days gone by.
The Red Onion has transformed itself from dance hall bordello to a historic bar & grill, with some of the best food in town if you’re so inclined. (Alternatively, to experience a more in-depth Alaska Shore Excursion, see the brand-new Brew & Brothel Tour.)

The Skagway town museum and the sculpture garden are located right next to each other on 8th and Spring, so if you go to one, you might as well hit up the other.

The museum concentrates on the illustrious history of the town, with an emphasis on Soapy Smith, the local con man. This stop is one of the best things to do in Skagway for those seeking an educational experience and is a great way to do Alaska shore excursions cheap. 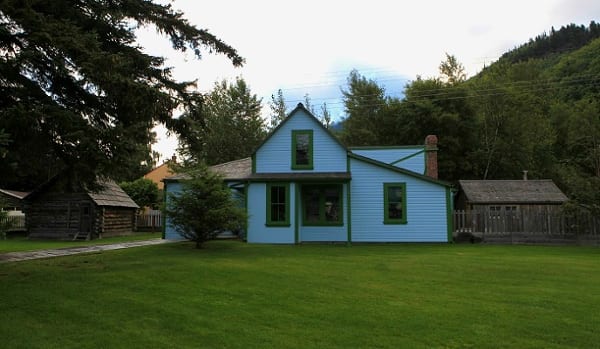 Broadway contains a number of small museums depicting different parts of life during the Gold Rush. All of them are free to the public, meaning here you’re likely to find one of the best things to do in Skagway for your personal likings. The museums include the Visitor Center on 2nd and Broadway, the Park Museum next to the Visitor Center, the Mascot Saloon Museum on 3rd and Broadway, the Chilkoot Trail Center between 5th and 6th avenues, and the Moore Homestead.

The Moore cabin on 5th and Spring is the oldest building in Skagway, built in 1887. The wooden home right next to it was also built by the Moore family near the turn of the century. It’s been painstakingly restored by the National Park Service and contains information and artifacts from Skagway’s “First Family.”

The size of the salmon run in Skagway varies yearly. The vast majority of the run is made up of pink salmon, which run every other year. During the height of the season, you can nearly walk across the creek on the backs of salmon! Quite the site, especially considering that it’s an easy yes for those seeking Alaska shore excursions cheap!

You don’t want to be fishing for any of these guys though. As soon as the salmon leave the saltwater of the ocean for the freshwater of the streams, they stop eating and their skin begins to decay. Couple that with the fact that pink salmon is usually very oily and not the best to eat anyways, and it’s just a waste of time to try and catch them.

Pullen Creek is also the location for Skagway’s Duck Derby, where thousands of rubber ducks make their way down to Pullen Pond. If your duck gets there first, you win the cash! If you happen to be in town for this event, don’t miss it! It’s without a doubt one of the best things to do in Skagway, and it’ll give you a peek into local life. 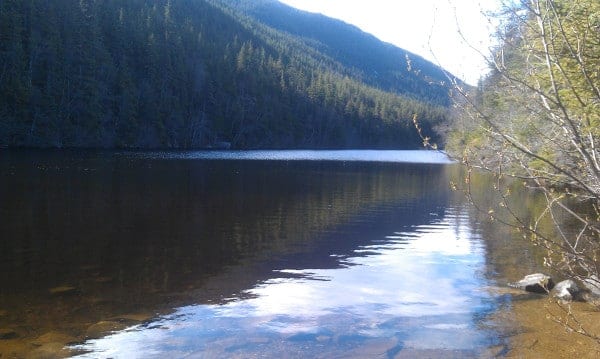 Not for the faint of heart, but on a warm summer’s day, a quick dip in Lower Dewey Lake can be very refreshing. The water in the glacially-fed lake hovers around 40 degrees Fahrenheit, so swimming in the lake mostly consists of jumping in, then climbing out as fast as possible.

There are plenty of picnic spots around the lake though, so it’s worth the hike just to get away from the hustle and bustle of the 10,000 cruise ship passengers that descend on Skagway on the busiest port days.

Further Reading:
Learn about top Alaska shore excursions and some of the other best things to do in Skagway
11 Cheap and Free Things to Do in Juneau
Alaska Shore Excursions Cheap in Ketchikan

Categories: Food & Drink, Things to Do in Port, Travel Tips, Visiting Skagway
Brittany K contributor
Prev postNext post
Planning your Alaska excursions for the short time you have in each port can be overwhelming. With so
Read More 05
If you’ve already booked your Alaska cruise, it’s a pretty safe bet that you’ve also been bombarded by
Read More 01
At Alaska Shore Tours, 5% of our Alaskan excursions profits go directly to organizations that help preserve Alaska’s
Read More 0
When booking Alaska cruise tours, it’s important to know how early in the season a given excursion fills
Read More 0
The time has finally arrived. You have saved and planned for this Alaska trip for what seems like
Read More 0
Mendenhall Ice Caves – So what exactly are the Mendenhall ice caves and why do people’s eyes seem
Read More 02
Planning your Alaskan cruise can take a lot of work, and depending on your desired experience and shore
Read More 0
Trust me, I understand. It is completely overwhelming. You type “Alaska shore excursions” into google, trying to figure
Read More 0
If you’re heading to Alaska on an Inside Passage cruise, you know that it’s hard enough work even
Read More 0
Ziplines are popping up all over the place and Alaska is no exception. People everywhere are finding ziplining
Read More 0
Self-proclaimed “Foodies,” listen up! This one is for you! In this special-edition local’s guide to the best restaurants
Read More 01
You’re strolling leisurely through the picturesque streets of downtown Ketchikan Alaska when it happens. Out of seemingly nowhere,
Read More 0

Back to Top
URGENT MESSAGE